More than 2,000 toys given to needy families

Delano’s annual Toys for Tots event underwent considerable changes when the event took place Friday, Dec. 18. The event was moved from its usual Memorial Park distribution to the front of Adventist Health Delano to better accommodate a drive-thru setup for needy families to social distance. A group of more than 25 vol unteers helped at the event, led by longtime Toys for Tots organizer Alex Grijlava of Delano. “We had such an amazing event reach 1,500 to 1,700 children,” Grijalva said. “About 2,300 toys were given away along with hundreds of bags of Cuties donated by Wonderful.” The volunteers not only served families that day, but spent the entire night before organizing toys into bags to easily hand out during the event. Among the volunteers was Santa, who made sure to visit each car and greet excited children. And beginning at 10 a.m., cars began moving along the drivethru setup. A total of 700 cars filled with more than 1,700 children lined up throughout a period of two hours to receive toys. Despite the large numbers, the lines moved fairly fast, with each car having a couple of minutes to receive food, toys and greet Santa. “Although it was a drive-by event, it ran smooth and quickly,” Grijalva said. “Wonderful, Cesar Chavez High School, Delano High School, McFarland Almond Company and our local Delano Adventist Health were very much our contributors.” He added, “Adventist Health Delano’s Matthew Cauthron allowed us to make this happen.” In 2019, Toys for Tots had a separate toy giveaway in McFarland. “McFarland did not distribute toys because of the COVID-19 pandemic,” Grijalva said, “although hundreds of toys were given to residents of McFarland.” Also Earlimart was not part of the distribution this year because they had their own event Tuesday, Dec. 22, he said. 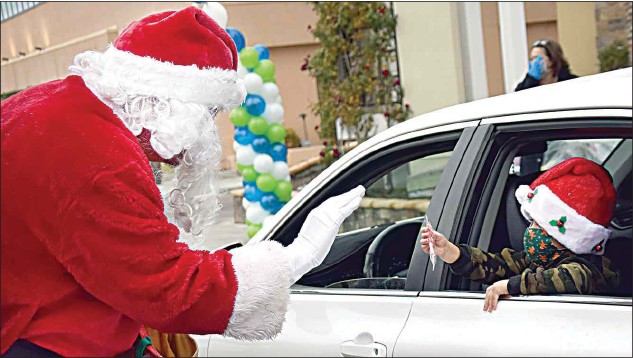 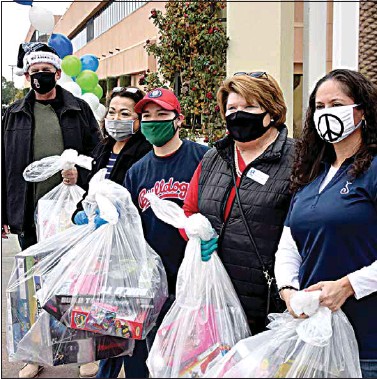 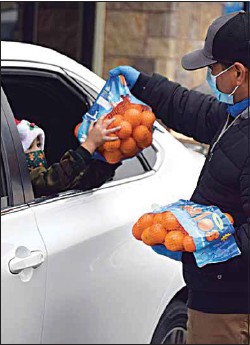